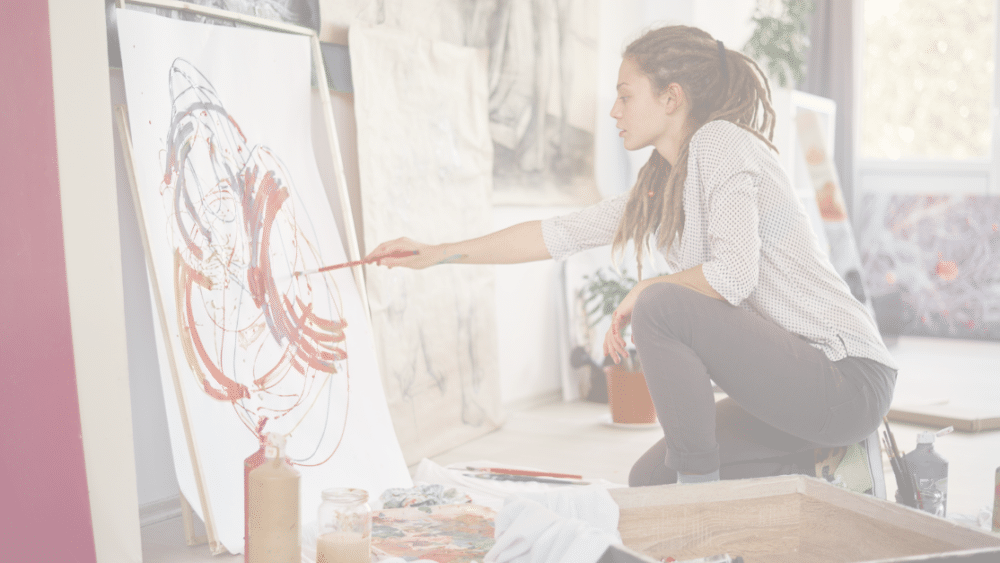 The Role of Ritual in Creativity

Creativity can seem daunting when we’re overwhelmed with the daily minutiae, but it’s critical to success and finding joy in our work.

I use creativity everyday in my job, but not in the traditional sense. And often, I feel that forces like deadlines, stress, and the focus on just getting projects finished can hamper my creativity. That said, I also believe that working within constraints can trigger some of the most creative ideas.

In an effort to nurture my own creativity, I’m digging into what makes people more creative. What do the most creative people do every day? How do they discover their creativity? How do they foster it?

I’ve learned that many creative minds have a ritual. Whether they call it a process or a habit or a routine, they embrace a consistent ritual or structure to their day that is connected to their creative output.

Maya Angelou got up at 5:30 every morning, had coffee with her husband, and went to a hotel room that she used as an office. She would write until about 2 in the afternoon, unless it was going poorly, and then she would leave earlier. When she’d come home, she’d review her work and then put it out of her mind so she could spend time with her husband.

Twyla Tharp also wakes up at 5:30 am and hails a cab to a gym called Pumping Iron to workout for two hours. She says the ritual isn’t the gym, though, it’s telling the cab driver where to go.

“It’s a simple act, but doing it the same way each morning habitualizes it—makes it repeatable, easy to do. It reduces the chance that I would skip it or do it differently. It is one more item in my arsenal of routines, and one less thing to think about.”

Stephen King sits down at his desk at the same time every morning — between 8 am and 8:30 am — and writes at least six pages a day.

“I have my vitamin pill and my music, sit in the same seat, and the papers are all arranged in the same places…The cumulative purpose of doing these things the same way every day seems to be a way of saying to the mind, you’re going to be dreaming soon.”

That said, he’s since changed one aspect of his habit. He told The Atlantic that he listens to music when he rewrites, but doesn’t when he’s composing anymore — he’s lost his ability to multitask.

W. H. Auden was known for his precision in timing every aspect of his life from waking at 6 am, drinking coffee, completing his crossword puzzle, and then writing from 7 am to 11:30 am when he was at his most productive. He would resume work after lunch and then have martinis at 6:30 pm. He didn’t believe in working at night, writing “no honest artist does.”

I should note he was also reliant on amphetamines each morning and sedatives at night to sleep — not a habit I’m ready to take on in the pursuit of creativity.

Not all creatives were early risers. James Joyce didn’t wake up until 10 am and then he’d lie in bed for an hour. He wouldn’t write until the afternoon and then he’d visit cafes in the evenings.

What are your rituals or habits that drive your creativity?

Sources:
The Creative Habit: Learn It and Use It for Life, Twyla Tharp
Daily Rituals: How Artists Work, Mason Currey
Masters of Habit: The Wisdom and Writing of Maya Angelou, James Clear